WHAT YOU NEED TO KNOW:

The U.S. military apologized on Saturday for a since-deleted tweet that shared a photo of a stealth bomber to threaten the “Area 51 raid” crowd planning to break into the base in Nevada.

The U.S. military base, which has long been rumored to house government secrets about extraterrestrial life, drew curiosity from a lot of people. This week, an online campaign called “Area 51 raid” had UFO fans rushing to the Nevada desert.

On Friday, the Twitter account of the Defense Visual Information Distribution Service (DVIDS) posted a photo of uniformed military men and women standing at attention in front of a B-2 stealth bomber. The caption read, “The last thing #Millennials will see if they attempt the #area51raid today.” 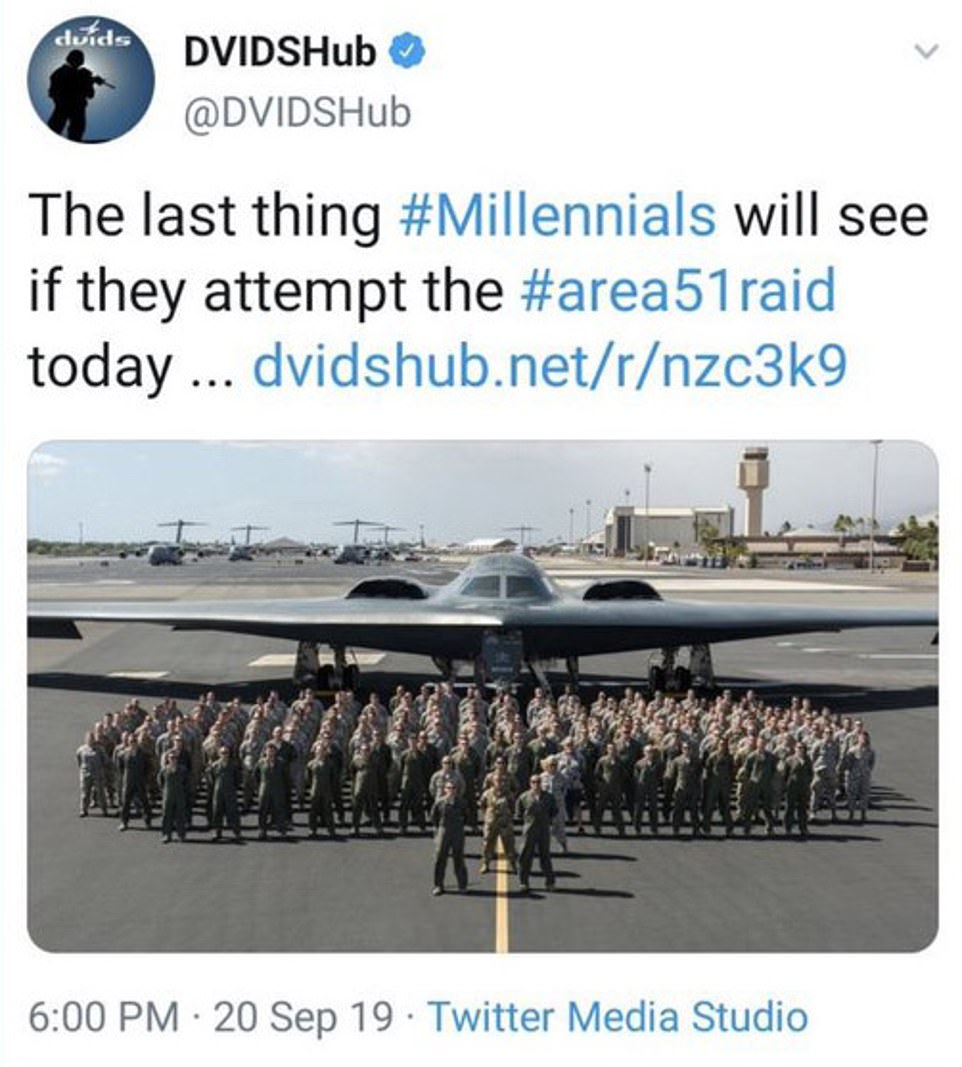 DVIDS issued an apology on Twitter on Saturday. They explained that a DVIDSHub employee posted the said tweet, which “in NO WAY supports the stance of the Department of Defense.” They continued, “It was inappropriate and we apologize for this mistake.”

But any fears about a serious attempt to storm Area 51 seem unfounded. Around 150 people gathered near the base on Friday, but they exhibited a festive atmosphere — with some people dressed in alien garb. Only a handful of arrests were made.

The U.S. military has previously disowned social media posts that were meant to be a joke but were criticized as insensitive or threatening.

On Dec. 31, the U.S. Strategic Command, which oversees the country’s nuclear arsenal, apologized for a tweet that said, “if ever needed, we are #ready to drop something much, much bigger” than the New Year’s Eve ball in New York.

Last year, the U.S. Air Force apologized for a tweet that sought to find humor in the intense fighting in Afghanistan by quipping that the Taliban forces there would have preferred listening to the viral “Laurel/Yanny” audio file over sounds of gunfire.

More from this Author